Dr. Jeff Martin has spent five years as a rural general practitioner on the Isle of Wight hiding the fact he’s gay. He travels in secret to see his partner, Tris, but when he discovers Tris has been cheating on him, he ends their relationship. Then Jeff meets island native Cameron Gillard. Cameron is down to earth, lively, and treats Jeff like he’s the most important person in Cameron’s life. Jeff blooms under Cameron’s attention, and he decides to come out to his colleagues and friends.

Just when things are going well, Tris reappears out of the blue. Jeff is no longer interested in Tris, but it seems he has two men to convince. Tris, who can’t believe Jeff is serious about wanting to end their relationship, and Cameron, who can’t hide his jealousy of Tris. Jeff is certain about one thing—the only man he wants in his life is Cameron. Now he just needs to prove it to Cameron. 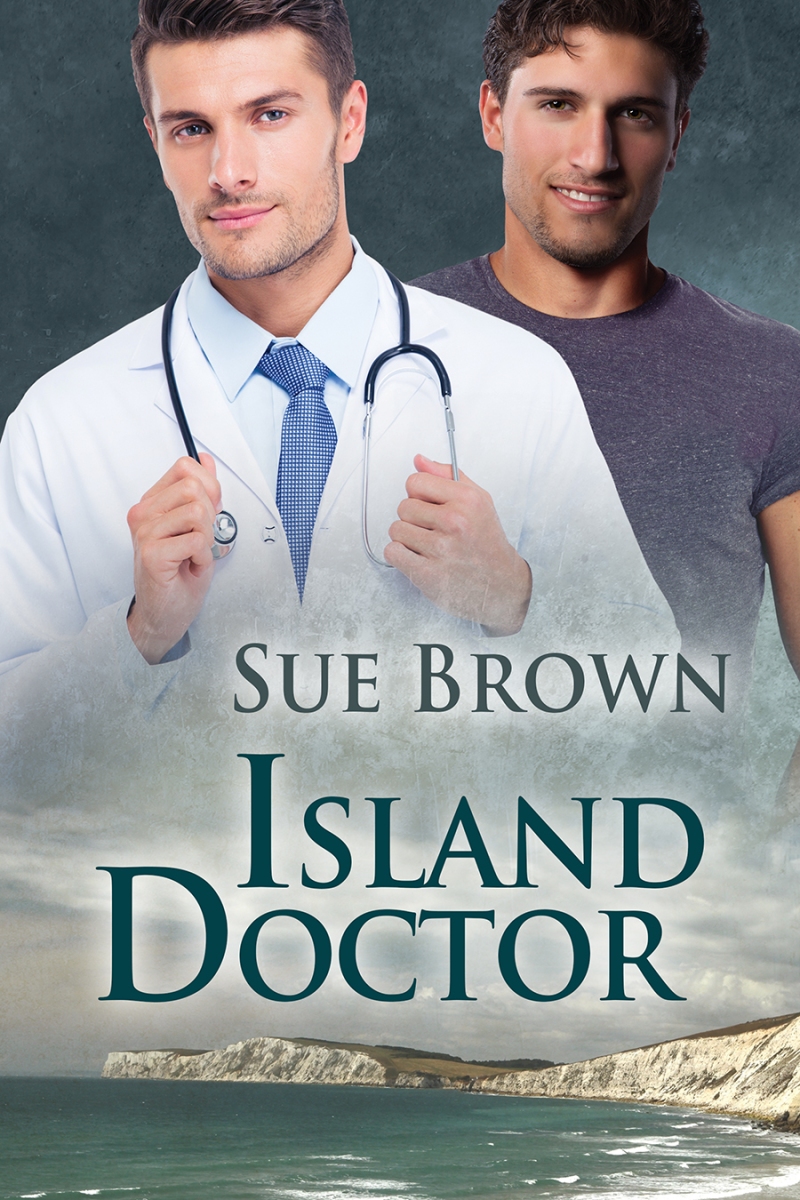 Cameron’s smile morphed into a scowl as he caught sight of Tris. “You’re still here.”

“Obviously.” Tris trailed his fingertips up and down his bare chest.

“And the rent boy look?” Cameron asked. Jeff nearly swallowed his tongue at Tris’s scowl at being described as a rent boy.

“All for you.” Jeff glared at Tris. “He was dressed a minute ago.”

Cameron ignored Tris and looked at Jeff. “Do you want me to stay or go, babe?”

“Stay.” Jeff needed all the support he could get. He had a feeling Tris wasn’t going to go quietly.

Cameron kissed Jeff on the mouth, walked past Tris, and made himself comfy on the sofa. Jeff focused his attention on making the coffee, but he listened intently for conversation in the lounge. He wasn’t surprised to hear Tris kick off the first salvo.

“So, you’re my replacement?”

“And you’re the ex,” Cameron said without hesitation.

Unseen by both of them, Jeff punched his fist in the air.

Sue Brown is owned by her dog and two children. When she isn’t following their orders, she can be found plotting at her laptop. In fact she hides so she can plot and has gotten expert at ignoring the orders.

Sue discovered M/M erotica at the time she woke up to find two men kissing on her favorite television series. The series was boring; the kissing was not. She may be late to the party, but she’s made up for it since, writing fan fiction until she was brave enough to venture out into the world of original fiction.