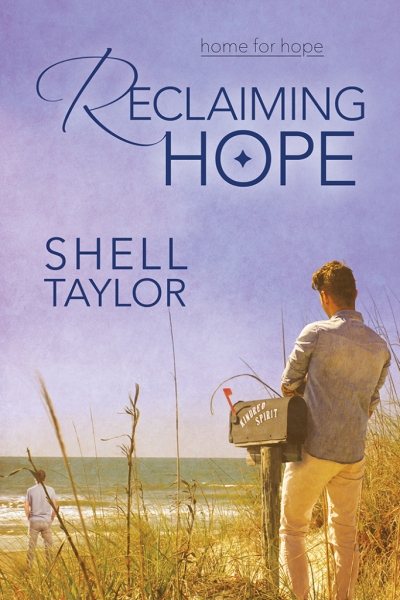 Four years ago, Kollin Haverty’s best friend, Riley Meadows, dropped off the face of the earth. When he shows up out of the blue, armed with a flimsy excuse for disappearing and having nearly completed his transition from female to male, Kollin wants to pick up where they left off. But Riley’s unwillingness to be honest with Kollin prevents him from fully trusting Riley again. Despite Riley’s insecurities and Kollin’s abandonment issues, they quickly discover there’s something more than friendship between them.

When a ghost from Riley’s past unexpectedly appears with haunting memories in tow, Kollin’s anger about being lied to outweighs his desire to be the understanding boyfriend Riley needs. As Riley’s web of strategically withheld secrets begins to unravel, he must find the courage to pursue his own peace before he can move forward with Kollin, and Kollin must decide what’s more important—supporting his best friend or protecting himself.

Adam rolled his eyes to mimic her and then turned his attention toward Kollin. “Look who the cat dragged in.”

For some reason, Kollin’s heart fluttered. Waves of nervousness raced through his body as he tried to figure out why Adam thought he should know the stranger. He’d never told either of his parents about meeting the guy at the bookstore, and even if he had, Adam couldn’t have known he was the same person.

The man studied the ground, seemingly reluctant to look at Kollin, but Kollin knew he couldn’t identify him even if they were staring directly at one another.

Fortunately Adam saved him from further embarrassment. “I didn’t recognize Riley until he threatened to own me in Ping-Pong.”

Kollin sucked in a huge gulp of air. The nervous flutters, which had been nothing more than a curious enigma, ceased, and he suddenly felt as if a boulder had settled in the pit of his stomach.

He hadn’t spoken to Riley Meadows in over four years. When Kollin’s parents kicked him out, Riley had been the one who kept Kollin sane. He tethered him to reality when all he’d wanted was to escape inside himself. They’d kept in touch when Riley first went to college and somehow became even closer—until Riley seemingly dropped off the face of the earth. Phone calls, e-mails, texts… all unanswered. Kollin eventually took the hint and gave up.

Now Riley was back?

Just like the last 2 books, this book is full of heavy and hard to deal with emotions. It’s not as heavy as book 2 but does work though some heavy issues.

I’ve never read a romance story between a gay man and a trans man and I am fascinated by what I learned. It also brought to light some things I never even thought about. I was so frustrated with Riley for being so bitter and ugly to Kollin when Kollin had been nothing but loving and understanding. I wanted to shake Riley and tell him to knock it off. But he uttered one sentence and it shut me right up…

“…Doesn’t change the fact that you only like c*ck.”

It’s staggeringly simple yet as far from simple as possible. He didn’t have the male anatomy that Kollin loved on men and neither of them knew how to deal with that. And that was after he dropped this bomb…

Riley obviously has some major issues to work through and he partially made them worse when he disappeared from Kollin, Adam and Elijah’s lives. He’s grown quite a bit but still has some healing to do when he enters their lives again. He totally broke my heart a couple of times but I love how much he grows and matures in this story.

Kollin is every bit as great in this book as he’s ever been. He’s grown into a pretty dang perfect young man. He’s just as scared as Riley to deal with some of their issues but he never shies away from facing those fears. He treated Riley perfectly through his transformation and deserves every bit of love he can get from Riley.

Adam and Elijah are great as always in this one. We actually meet a couple of new characters as well. I’m not sure if there will be more to this series but I wouldn’t say no to getting more.

This book probably could be read as a standalone but I think you’d get more out of the story if you knew the entire history of everyone involved. Needless to say based on my rating, this is a wonderful series that I highly recommend.

Shell Taylor is a full-time mother of three exuberant and loving kiddos and one fur baby, a tiny but fierce Yorkie-poo named Rocco. As a Christian who practices love, grace, and humility, she tries her best to instill these same virtues in her rowdy kids. She is a huge fan of Marvel comics and will never stop loving Harry Potter (Hufflepuff pride, baby!) When Shell isn’t writing, she can be found binge watching Netflix or volunteering at her church and childrens’ school. Shell considers herself blessed to have married a strong, supportive man who works hard to allow her to continue to follow her dreams.

You can also email Shell at – shell4jmu@gmail.com

October 26: Because Two Men Are Better Than One