Release Blitz including Excerpt & Review – Pieces of You by NR Walker 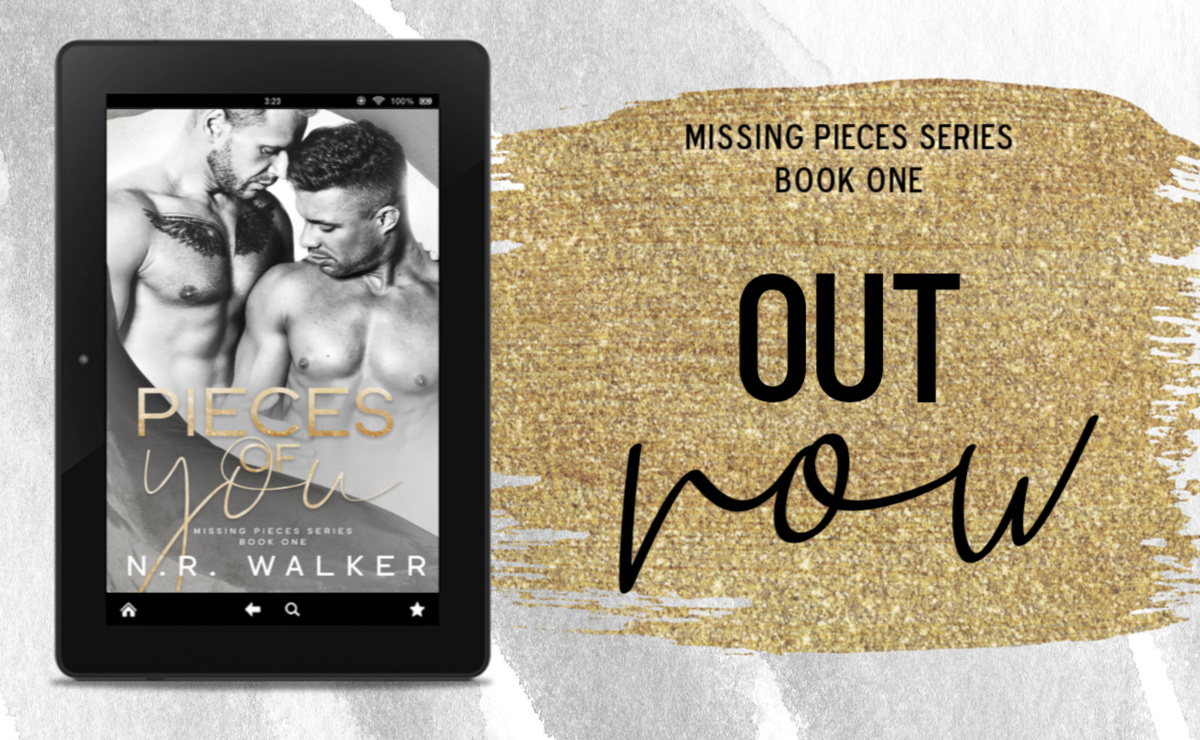 Title: Pieces of You

Dallas Muller has everything he never expected he’d have. He owns a successful motorbike mechanic shop in Newcastle, and he’s madly in love with his boyfriend of four years, Justin Keith.

Justin has always struggled to find where he fit in, never realising his true worth or what it means to be loved—until he met Dallas. Living and working together might be too much for some, but Dallas and Justin wouldn’t have it any other way.

When a terrible accident tears their world apart, Justin’s left with no memory of Dallas or their relationship. Trying to put the pieces back together is almost impossible when some pieces are blank and some are missing altogether. Dallas has to let Justin find his own way back to him and just hope that their love will light the way.

It’s hard choosing a part of a book that stands on its own without giving too much away, so I hope you enjoy this. It has an angsty beginning, but honestly, this story is about healing and the power of love.

This is Dallas’ point of view.

Almost two weeks after his accident, his sister, Rebecca, arrived to see him. She’d caught the early train up from Sydney on the Saturday, and I met her at the entrance of the hospital, to save her trying to find her way through the wards. She looked bone-tired, like all single mums who worked two jobs, but she was relieved to see me. I greeted her with a kiss to the cheek.

“He’s okay. He’s working with the different doctors every day, like the physio and the neuro specialists.”

“No. He may never regain those years, but we’re hopeful.”

She stopped walking. “He doesn’t remember you at all?”

I shook my head.

She frowned. “Sorry I couldn’t get away sooner.”

“What do you mean, you couldn’t juggle two jobs and two kids to hike a couple hundred kilometres at the drop of a hat?”

“Like I said to you when it happened, he wasn’t in any shape to see you anyway,” I explained. “But he’s getting better every day. He can see out of both eyes now.”

I brightened for her. “Come on. I told him I was going to find you. He was excited about you visiting, so we better not keep him waiting.”

I took her bag for her, and together we walked to Justin’s room. “Ugh, I hate hospitals,” she mumbled as we got closer.

Yep, even after all these days, all the hours, I never got used to the smell. It was cloying and awful. The neuro ward was quieter than most, and darker. Most patients here had noise and light sensitivities, Justin included.

I stopped her at the door. “He doesn’t do too good with loud noises or bright lights. His headaches are bad, and he has aphasia, which is trouble remembering some words. But if he asks questions, be honest. He knows he has amnesia but it’s confusing, so if he mentions anything that doesn’t quite gel, we need to gently steer him back on course.”

“Okay,” she whispered, then took an unsteady breath.

I nodded to his room. “He’s waiting.”

I’d explained his injuries to Rebecca before, but nothing quite prepared you for seeing your loved one in a hospital bed all bandaged and bruised.

The bed was slightly inclined so he was kind of sitting up. He had his injured leg out from under the blankets again, his lines of staples on full display. The matching scar on his head was bandaged, and I was thankful Rebecca didn’t have to see that. But the right side of his face was now a horror show of black, purple, green, and yellow. His right eye was open. Though it was bloodshot, he thankfully still had vision.

He’d had tests on his vision and hearing, focusing on the right side, where the most damage was, and the docs were pleasantly surprised to find all circuitry was still intact. Though when the doc had shone a penlight in his right eye, Justin had puked on him as thanks. He said it felt like the light pierced his brain and the pain was unbearable. He’d shaken and moaned, curling in on himself, and it was a short, sharp reminder of his injuries.

But yeah, while I knew it was bad, I was so used to seeing him lying in bed all banged up that I’d forgotten the shock it was for others. Rebecca put her hand to her mouth and got all teary. “Holy shit,” she cried.

Justin looked at her, then looked again. His smile was wide. “Becca?”

She went to him and hugged him carefully, and she fussed over him and he stared up at her like he couldn’t believe what he was seeing . . .

And it occurred to me, like a jolt to the heart, what the difference was.

And it wasn’t me.

As always with Ms. Walker’s books, I read this in one sitting in just a few hours…and now I’m left (impatiently) waiting for books 2 and 3. Gah! This woman tears my heart out but thankfully I KNOW she’ll put it back together again.

I absolutely will not give away any of the story because it must be experienced. I knew going in there would be pain as Dallas struggles with his amnesia, but I was surprised by the happy moments. Thankfully we get some of those to balance the pain. There are some really sweet and beautiful moments between these two as they navigate not only Justin’s recovery but their new life.

I love the supporting cast so far – Justin’s sister and the two mechanics who work with Justin and Dallas, Davo and Sparra.

This is absolutely a must-read, but understand we’re left with a happy for now ending as the story will span over 3 books.

N.R. Walker is an Australian author, who loves her genre of gay romance. She loves writing and spends far too much time doing it, but wouldn’t have it any other way.

She is many things: a mother, a wife, a sister, a writer. She has pretty, pretty boys who live in her head, who don’t let her sleep at night unless she gives them life with words.

She likes it when they do dirty, dirty things… but likes it even more when they fall in love.

She used to think having people in her head talking to her was weird, until one day she happened across other writers who told her it was normal.

She’s been writing ever since…

For more about N.R. Walker you can find her at: