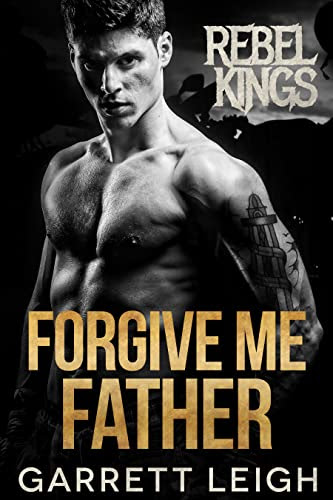 Expect: a sizzling hurt/comfort MM romance with a damaged chaplain and a dark-souled enforcer with a tender-hearted secret.

“I gave my darkest secrets to a man who doesn’t exist.”
Embry

Mateo lowered himself to sit, still vibrating with the need to fix me, the way he always did. “Then tell me. Explain it like I’m the simplest idiot you’ve ever met.”

I can’t. I’d never told anyone. Not the judge, the jury, or the legal aid barrister who’d written me off before she’d ever met me. But as I drowned in Mateo’s affection, in a love I’d done nothing to deserve, the words came tumbling out.

Darker, even, than Mateo’s battered soul and the secrets I didn’t know about yet.

I thought those words would shatter me.

But when the devil came for us, it wasn’t mine.

It was Mateo’s, and the man I’d trusted with my fragile heart was a stranger more broken than his scars could ever show.

Forgive Me Father is a continuation of the best-selling Rebel Kings MC series. Content warning for violence and sexual trauma.

Forgive Me Father by Garrett Leigh
My rating: 5 of 5 stars

This just might be my favorite series by this author…although Misfits is probably my favorite book. I will be re-reading the first three books before the next one comes out for sure. I am ever hopeful these will be released on audio. This book picks up where book two leaves off so it shouldn’t be read as a standalone, plus there are too many characters to meet for the first time here.

Even when you know what’s coming and can see it from a mile away, you can’t help but feel the INTENSE pain these characters feel. The emotions become physical. The physical becomes emotional. I was vibrating during the big reveal, and it hurt.

These two danced around each other through the first two books and it’s obvious how they feel for each other. When they are together, their love and sexual chemistry melt the page. When they are apart, they yearn for each other, and it is tangible. Mateo has a big secret…the prologue hints at it so it’s not a surprise when it’s revealed but it’s a doozy. Embry surprised me. He’s more of a fighter than I expected, I guess because he’s the chaplain and his main job is to talk to people. He is a badarse in his own right.

Thankfully, after all the intense emotions of not only their love story but the MC series arc, the epilogue is gooey and sweet.

Rubi plays a significant role in this book in preparation for his book which is next and if you didn’t love him in the first two books, you will now.

Alexei, Cam, and Saint are principal players in this book as well and Alexei becomes more human and shows his softer side to Mateo.

Decoy is more intriguing now…and I wonder if he’ll get a book. 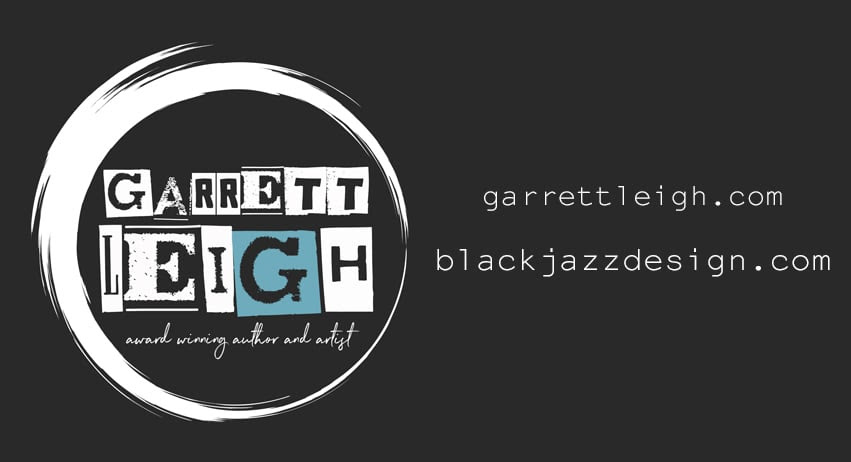 Garrett Leigh is an award-winning British writer and book designer.

Garrett’s debut novel, Slide, won Best Bisexual Debut at the 2014 Rainbow Book Awards, and her polyamorous novel, Misfits was a finalist in the 2016 LAMBDA awards.

When not writing, Garrett can generally be found procrastinating on Twitter, cooking up a storm, or sitting on her behind doing as little as possible, all the while shouting at her menagerie of children and animals and attempting to tame her unruly and wonderful FOX.

Garrett is also an award-winning cover artist, taking the silver medal at the Benjamin Franklin Book Awards in 2016. She designs for various publishing houses and independent authors at blackjazzdesign.com, and co-owns the specialist stock site moonstockphotography.com with renowned LGBTQA+ photographer Dan Burgess.