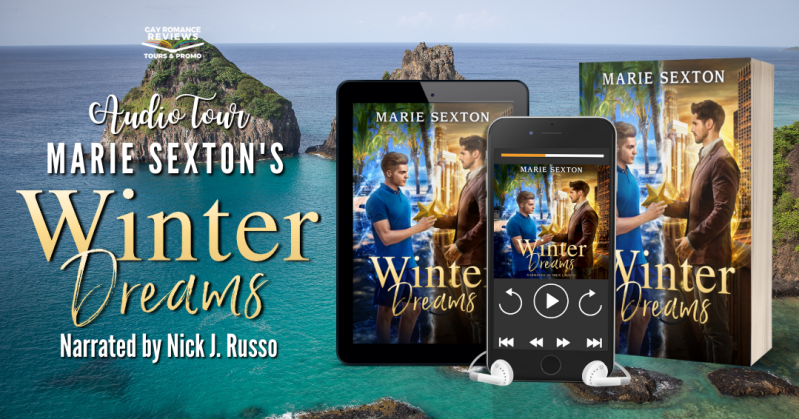 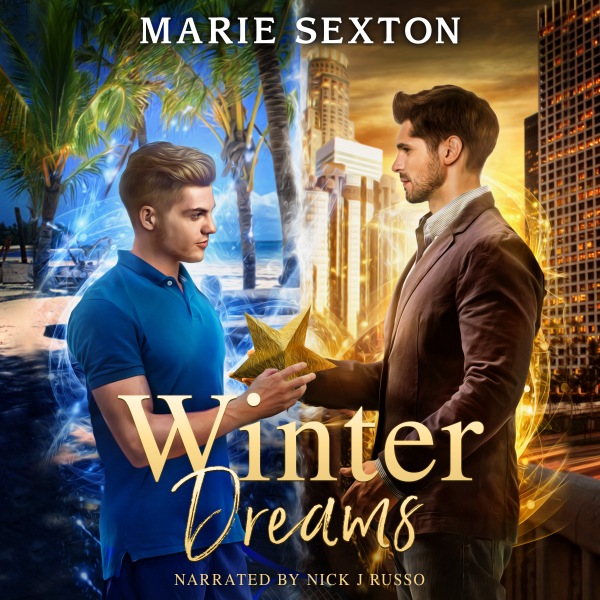 What happens when a player gets played?

Actor Dylan Frasier is known as one of the biggest playboys in Hollywood, infamous for seducing men and women alike. He’s also half in love with his two best friends. Unfortunately, Jason and Ben are madly in love with each other, leaving Dylan the odd man out. When Ben suggests an extended Christmas vacation at a resort modeled after his favorite 80s TV show, Dylan reluctantly agrees. Sure, his heart breaks a bit every time he sees them together, but it’s a vacation in the Bahamas. How bad can it be?

At first, the resort seems like any other. Dylan plans to work on his tan, get laid, and hunt for Hollywood’s most in-demand director – not necessarily in that order. Then he meets Connor, a tennis instructor still hurting from a bad breakup. Connor knows Dylan’s reputation and refuses to be seduced. Dylan sees Connor as just another conquest, but this tropical island isn’t as mundane as it appears. It has its own kind of magic, and it’s about to make things interesting. 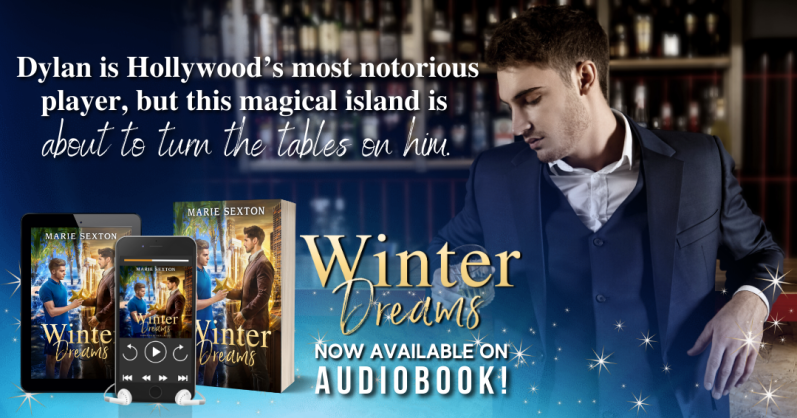 They say insanity is doing the same thing over and over and expecting a different result. It must be true. God knows it could only be insanity that made me agree to this vacation. Why else would I spend the next thirty-one days with Jason and Ben knowing it’ll result in nothing but heartache? I love them both so much it hurts. Watching them together is like feeling my heart slowly shatter over and over again, and yet I can’t stand to stay away from them either.

So here I am, on an airplane with them two days after Thanksgiving, bound for a tropical resort, Christmas be damned. We’d debated flying first class, but we were already spending a fair amount on this month-long vacation, so we settled for business class instead. Still not enough leg room for my six-foot-one body, but the drinks are free, so I’m not complaining.

“I’m so excited,” Ben says. “Can you believe we’re actually going to Fantasy Island?” He’s sitting between Jason and I on the airplane, having volunteered for the middle seat. Even now, almost two years after his miraculous appearance in Jason’s life, Ben comes across all innocence and bright-eyed enthusiasm. He’d sent off for a paper brochure from the resort because he said reading it on his phone was “dumb.” Watching him flip through it, I wonder if he’ll ever become as jaded as the rest of us.

To celebrate the release of Winter Dreams, Marie is giving you a chance to win a $50 gift card to Amazon (or book vendor site of winner’s choice) 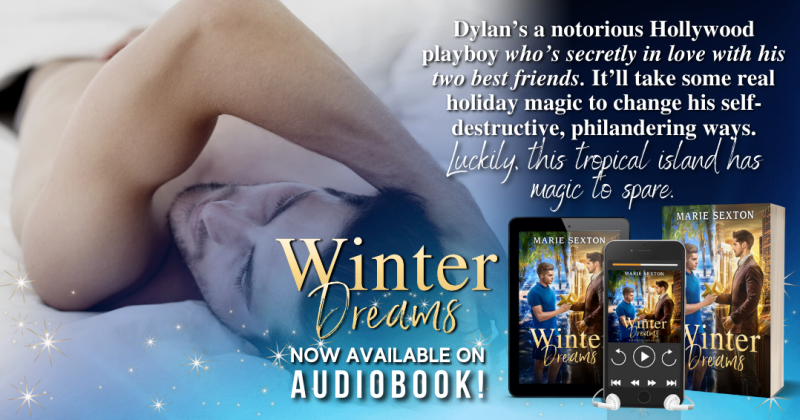 Jason Walker is a child star turned teen heartthrob turned reluctant B-movie regular who’s sick of his failing career. So he gives up Hollywood for northern Idaho, far away from the press, the drama of LA, and the best friend he’s secretly been in love with for years.

There’s only one problem with his new life: a strange young man only he can see is haunting his guesthouse. Except Benjamin Ward isn’t a ghost. He’s a man caught out of time, trapped since the Civil War in a magical prison where he can only watch the lives of those around him. He’s also sweet, funny, and cute as hell, with an affinity for cheesy ’80s TV shows. And he’s thrilled to finally have someone to talk to.

But Jason quickly discovers that spending all his time with a man nobody else can see or hear isn’t without its problems—especially when the tabloids find him again and make him front-page news. The local sheriff thinks he’s on drugs, and his best friend thinks he’s crazy. But Jason knows he hasn’t lost his mind. Too bad he can’t say the same thing about his heart. 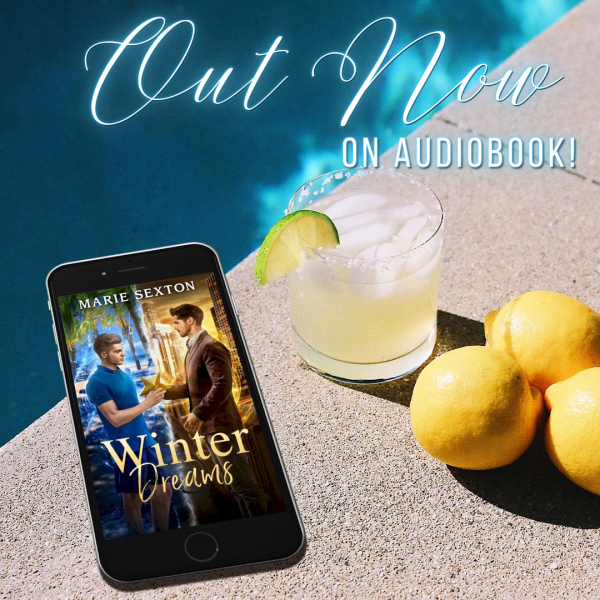 Winter Dreams by Marie Sexton
My rating: 3 of 5 stars

My review is going to be all over the place because that’s how I felt about the book.

I listened to Winter Oranges right before listening to this one (these are definitely not standalones) and thought it was unique and entertaining. I love Ben and how Jason loves him and that doesn’t change in this book. In fact, I probably like them more now because they were awesome in this book.

I didn’t like Dylan at the beginning of this book, and I can’t put my finger exactly on why. I didn’t like his interactions with Jason and the way he talked about him and Ben was odd until he figures out what he was doing.

Connor is good for Dylan in making him work for his affection. But I didn’t like either of them much until the big reveal near the end. They had moments of both good and bad.

I figured out who Connor’s uncle was pretty early on but there is more to the story that surprised me a little bit.

It took me several days to listen to this and I think that’s because I was frustrated and bored sometimes. I did like the story overall though which is the “all over the place” comment above.

The audio is good…Nick Russo does a fantastic job, especially with Ben. However, I still have a HUGE issue with him adding an ‘L’ to the end of words that don’t have one and it makes me angry every time it happens, to the point it takes me out of the story (draw becomes drawl, saw becomes sawl, etc).

Marie Sexton’s first novel, Promises, was published in January 2010. Since then, she’s published nearly forty novels, novellas, and short stories, all featuring men who fall in love with other men. Her works include contemporary romance, science fiction, fantasy, historical romance, and a few odd genre mash-ups. Marie is the recipient of multiple Rainbow Awards, as well as the CRW Award of Excellence in 2012. Her books have been translated into six languages.

Marie lives in Colorado. She’s a fan of just about anything that involves muscular young men piling on top of each other. In particular, she loves hockey and football, and enjoys attending games with her husband. Her imaginary friends often tag along. Marie has one daughter, two cats, and one dog, all of whom seem bent on destroying what remains of her sanity. She loves them anyway.

Marie can be found on Twitter, where she mostly talks about football and hockey. She’s also on Instagram, but that’s mostly knitting and her pets. The absolute best way to stay up-to-date on Marie’s books is by joining her Facebook group.

Instagram (which is mostly knitting and her pets): https://www.instagram.com/mariesexton.author/