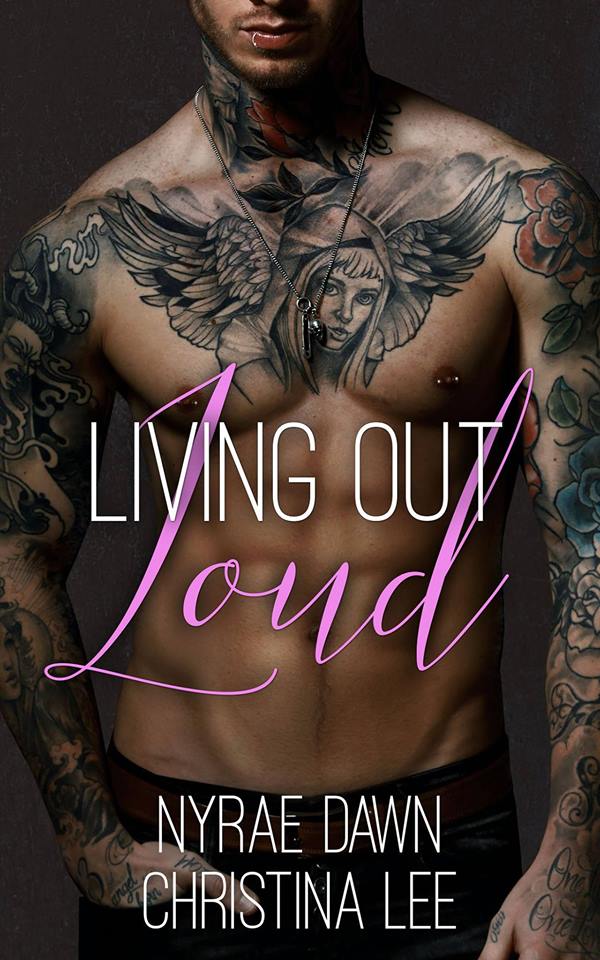 Ben Emerson has lived by his minister father’s rules most of his life. Born into an ultra-conservative church community, he’s finally brave enough to break free and move to San Francisco. Distancing himself certainly helps create a new mindset, but living as an openly gay man takes some getting used to. When he reaches out to Xavier, a childhood friend who lives in the city, Ben isn’t sure how he’ll respond given their thorny history. Ben hopes the familiar connection will help him right some wrongs as well as provide the solace he’s been craving.

Xavier Ramos is who he is, and he doesn’t give a damn what anyone thinks. Whether it’s eyeliner, nail polish, tattoos or his love of hooking up, he uses his body as a form of self-expression but doesn’t let anyone get too close. When Ben reenters his life, Xavier helps him experience the city and feel comfortable in his own skin. Seeing the world through Ben’s eyes, he begins to wonder if he’s also not living as freely as he thought.

When Xavier challenges Ben’s beliefs about sex, it becomes explosive—for both of them. Xavier breaks apart Ben’s sheltered world and shows him what it’s like to live out loud. The more time they spend together, the more Xavier begins to long for Ben in a different way—one that both surprises and scares him. But real life doesn’t fade into the background, so when Ben’s past comes knocking, old habits are hard to break. Testing the foundation of their deepening connection will take a trust that will either bind them…or tear them apart.

**Ben is from PAINT THE STARS and Xavier is from A HUNDRED THOUSAND WORDS, but LIVING OUT LOUD can be read as a complete standalone.

(Read for free with Kindle Unlimited)

I blow on my fingernails trying to get them to dry. Ben doesn’t move right away, but then he slides down to the floor beside me.

My pulse kicks up a notch. I don’t know why I want this so much for him.

He puts his hand on the table and I paint the first nail.

“Do you think I look stupid with it?”

“But nothing. Be quiet and let me work.”

“You ain’t seen nothing yet,” I reply before getting back to work on his nails. His fingers are long, thicker than mine. His hands are beat up from his work, rough and abused with little scratches on them. “I can’t wait till you can touch me. I love rough hands.”

“Oh shit,” he says with a thickness to his voice that tells me he’s getting turned on again.

I finish the first hand before saying, “Now, the other.” He sets that hand on the table, but I grab it, suck one of his fingers into my mouth, even though I hadn’t planned to touch him again tonight.

“Fuck, Xavier,” he says and his eyes roll back in a way that really gets me hard.

“You’re trembling,” I tell him as his hand gently shakes.

I’ve only read a handful of collaboration books but these two write so well together and I’m a big fan of both of them.

This is a relatively low angst, quick read. While this is a spin-off and definitely can be read as a standalone, the story is enhanced if you have the other characters’ histories. I haven’t read the books in which these characters were introduced, but now I want to go back and read them (they have been on my TBR list for a while). I’d almost call this a second chance-ish romance as these guys knew each other as kids except they never really had a romance when they were younger. It had that feel though. This is absolutely friends-to-lovers which I always love and has a bit of hurt/healing as well.

Xavier and Ben were just meant to be…but it took them a while to figure that out. They both suffered from ugly pasts which influenced who they are now. They are both very insecure in their relationship and aren’t sure how to express how they truly feel to each other. They eventually get there after they struggling through a bit of a rough spot.

Their chemistry is OFF THE CHARTS and they are HOT together. The emotions in their intimate scenes were tangible.

Penny is a fantastic supporting character and for those of you that have read the previous books will appreciate the other characters mentioned.

Another great read from these two!

Nyrae Dawn can almost always be found with a book in her hand or an open document on her laptop. She couldn’t live without books—reading or writing them. Oh, and chocolate. She’s slightly addicted.

She gravitates toward character-driven stories. Whether reading or writing, she loves emotional journeys. It’s icing on the cake when she really feels something, but is able to laugh too. She’s a proud romantic, who has a soft spot for flawed characters, who make mistakes, but also have big hearts.

Whether she’s writing young adult, new adult, or adult you can always count on a healthy dose of romance from her books. She likes to tackle tough subjects, and believes everyone needs to see themselves in the stories they read.

Nyrae is living her very own happily ever after in California with her gorgeous husband (who still makes her swoon) and her two incredibly awesome kids.

Once upon a time, I lived in New York City and was a wardrobe stylist. I spent my days shopping for photo shoots, getting into cabs, eating amazing food, and drinking coffee at my favorite hangouts.

Now I live in the Midwest with my husband and son—my two favorite guys. I’ve been a clinical social worker and a special education teacher. But it wasn’t until I wrote a weekly column for the local newspaper that I realized I could turn the fairytales inside my head into the reality of writing fiction.

I write Adult, New Adult, and M/M Contemporary Romance. I’m addicted to lip gloss and salted caramel everything. I believes in true love and kissing, so writing romance novels has become a dream job.